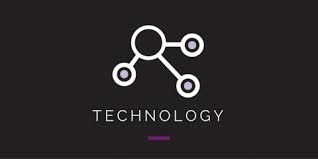 The irrelevant, unwanted and inconsequential emails that are sent to many users for the purpose of advertising, phishing etc. is called spam. Spam not only waste people’s time with non-essential mail, it also uses up a substantial network bandwidth.

The word Spam is believed to come from a song in a television comedy series called Monty Python’s Flying Circus. In a scene from that television series, a dialogue between a customer and the waiter was drowned by a chorus of a song that kept on repeating “Spam, Spam...Wonderful Spam”, hence spamming the conversation.

Cancellable Usenet spam is basically a lone message which is sent to at least 20 Usenet newsgroups. There are people who are termed as lurkers. The lurkers are those who read newsgroups but seldom or barely give away their details or post anything. Usenet spam plunders the utility of the newsgroups of the user and they do so by astounding them with a storm of irrelevant posts and advertising. Furthermore, Usenet spam corrupts the ability of system administrators and owners to conduct or govern the topics that they obtain or accept on their systems.

Email Spam targets only individual users by sending direct mail messages. The list of email spam is often conceived by exploring the web for addresses, scanning Usenet postings or by stealing the internet mailing lists. Email spam commonly cost users, who receive, money. When the user read or receive costs are incurred accordingly. In addition to that, it costs money to broadcast spam for online services and ISPs and these costs is transferred directly to subscribers.

Spamming is common in other media as well. Here are some categories in different media:

Mobile phone spam is aimed at the text messaging service of mobile phones. Spam through SMS is also described as SpaSMS, a term coined in 2000 at the news website Adland. Mobile phone spam can be increasingly annoying not only for inconvenience alone but also for the fact that sometimes the fees is charged per text for receiving to the user.

Social networks like Facebook and Twitter are also not exempted from spamming. Messages containing spam links are sent to the users. In Facebook, spammers sometimes even hack an account and send spam links to all the user’s trusted contacts including friends and family. In Twitter, spammers first gain trustworthiness by following a public or famous figure and when the owner of that account follows the spammer back; it allows the spammer to proliferate.

Spamming has become a nuisance all over the internet. Few measures can be taken to be safe from being a victim of spammers, like by not opening a spam email, not replying back to spam emails and by never revealing one’s email address or contact details.